OK it's just about that time. Baseball is finito, ESPN is in full on "NFL ALL DAY EVERYDAY UNTIL IT HURTS!!!" mode, and it's getting effing cold in the Northeast. That can only mean one thing...National Novel Writing Month college basketball is about to finally tip-off. We're not that into the whole preseason prediction crap--we'll leave that to the talking heads. But even so we must post something. So we will stick to a quick top ten, as we finally get this blog rolling. 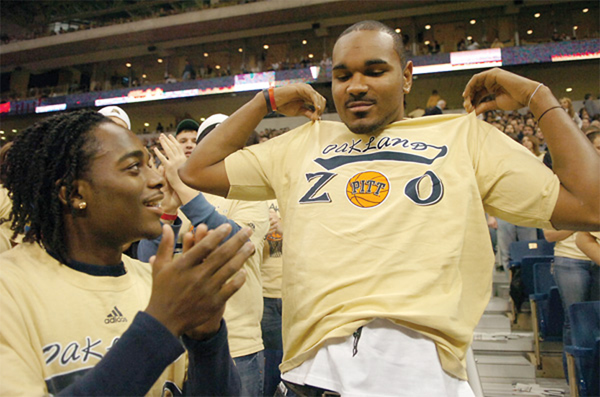 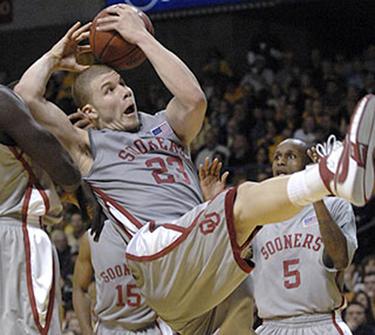 We're not descendants of Nostradamus, but we're nearly certain that despite Pitt's high level of talent, they will win at least 20 games, reach the Big East Tournament final, then struggle in the NCAA Tournament. They've accomplished the first two feats seven times this decade but have never even played in a regional final. They've got the make-up to finally break down that wall this season but some players will have to take on, and perform well, in larger roles. The backcourt now falls on the shoulders of Levance Fields. He is a typical, tough Panthers point guard plucked from the NY/NJ area. Now he will have to run the show with Ronald Ramon no longer around.

Dejaun Blair will be an absolute horse down low. He's a rebounding machine that loves attention and loves to compete.
Expect him and Tyrell Biggs to take lesser opponents lunch money throughout the season.

The bulk of the scoring will come from Sam Young, a versatile senior who is the 2nd highest returning scorer in the conference. Pittsburgh will be fun to watch, probably even more then their intra-city professional counterparts Steelers and Penguins. I purposely didn't include the Pirates because they're more like semi-pro, but even that is being generous.