NJIT has no game

Share All sharing options for: NJIT has no game 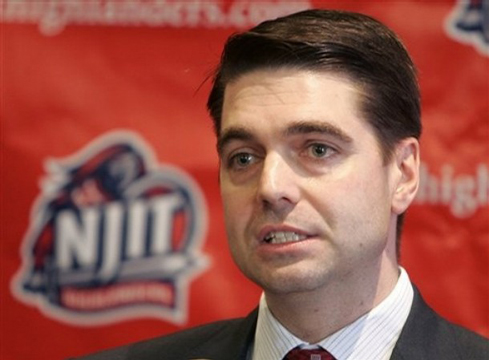 Jim Engles coaches the worst team in the NCAA

Above is Jim Engles. He's the first year head coach of the New Jersey Institute of Techonlogy basketball team groupof12guyswhorunaroundthecourtwonderingwhatthehellisgoingon. It's Engles first year as a Division I head coach--he came in from Columbia as an assistant--so we're really not blaming him for any of this but we hope he weighed all his options before signing up for this disaster.

NJIT should not remind anyone of high quality basketball. They shouldn't even remind anyone of mediocre basketball...that would be a compliment. Their 0-2 to start this season adding to the 0-29 season they managed to put together last season. Hitting the magic number of 31 means they now hold the record for most consecutive losses by a DI basketball team. Ouch.

For the Highlanders and their student body, we're guessing the word 'postseason' means nothing more than the time just after their final meaningless regular season game. We surfed on over to their official athletic site to see how the school is doing their best to spin a negative into a positive. The headline for Monday's Penn State game really caught our attention.

Let us put this into perspective for you folks...determination only gets you so far. Napoleon was determined to conquer Russia, and it ended his reign of power. Michael Jordan was determined to play for the Chicago White Sox, and he batted .202 over a 127 game span. Principal Rooney was determined to prevent Ferris Bueller from...ok whatever you get the idea. Clearly the sports information department here is at a loss of words for 'close but not close enough' and have no other choice but to settle on determined.

Bottom line is NJIT is an absloute joke; one we will be monitoring closer than we should until they can get a 1 in the win column.