From bad to much worse at St. Johns

Share All sharing options for: From bad to much worse at St. Johns 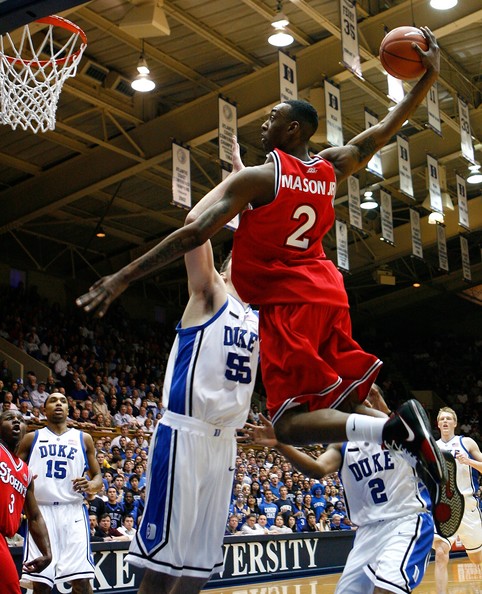 There will be no high flying action from Mason Jr. this season

We're aware that St. Johns hasn't really been a significant piece of the college basketball landscape in a while; not since Ron Artest and Erik Barkley led them to the Elite Eight in 1999. And while this year the Red Storm certainly were once again going to be no more than a Big East doormat, they're really are up against the wall right now.

The team lost Anthony Mason Jr. today. He needs a foot operation, which will sideline him for the season. He's unquestionably their best player, and yes, is the son of former NBA forward Anthony Mason. We're guessing you already knew that, but just wanted a reason to perform a Google image search on Anthony Mason and look at some of those crazy phrases buzzed on his head.

NY Daily News' Roger Rubin reports that Mason Jr. is tough--he played through the pain for two games against Cornell and Boston College, and managed to average 18 points. He also notes that Mason Jr. will apply for an additional year of eligibility.

Anyways, considering the heavy loss comes to a bad team playing in the arguably the deepest conference we've ever seen in a single season, it looks like this team could acquire the label of "historically bad" before the season is over.