Share All sharing options for: Quickie Recap 11.24: Hawaii is nicer than Kansas City

While Syracuse - Florida was a good measuring stick game, showing the Orange are definitely a top 20 team, it lacked drama and excitement. Dickie V seemed like he drank 5 "Sparks" but was the only one drunk at the party. Syracuse did their part in building that "Tournament Resume," with one of those marquee wins that Joe Lunardi talks up in March. The ‘Cuse received help from everyone in a 51% shooting effort, led by the linebacker/tight end Paul Harris’ 18 points and 11 rebounds, and Andy Rautins’ five first half triples. 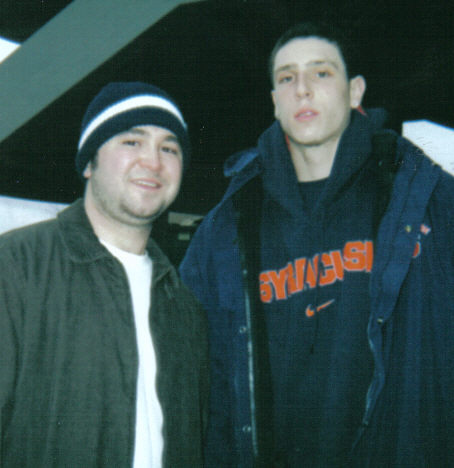 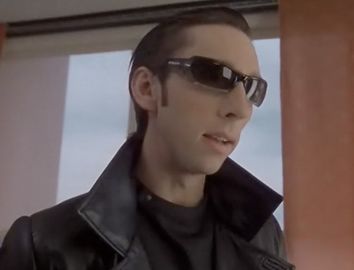 Florida was led by none other than Nick Calathes (See Post from 11.24), Billy Donovan’s "Golden Boy." Excellent set shot!

Today while you're at work, there's 2nd round matchups in Maui you have good reason to look forward to...

One more thing on the CBE Classic, where the Kansas - Washington game felt over hyped. Why is ESPN all of a sudden making a big deal over Jon Brockman??? The guy is talented yes, but, he's a 4 year starter who has been visible on the college basketball scene since his freshman year. Maybe we're missing something here but he didn't just arrive, we already knew he was decent. Kansas will now play Syracuse for this prestigious title.

Down in the Virgin Islands, UCONN beat Wisconsin to capture the Paradise Jam title. Could these teams be any different? UCONN reminds us of cool kids who party (and steal computers, HAHA) while the Badgers play by the rules and listen to their parents--who in this case is Bo Ryan. Yes, we know Madison is like some crazy party school, full of liberal, free spirits who don't follow conventions, but this is strictly basketball talk so don't get it twisted. Regardless, UCONN certainly silenced some haters this weekend and, in our opinion, have solidified themselves as the second best team in the country.