Share All sharing options for: The Doug Wiggins Level of Embarrassment Test 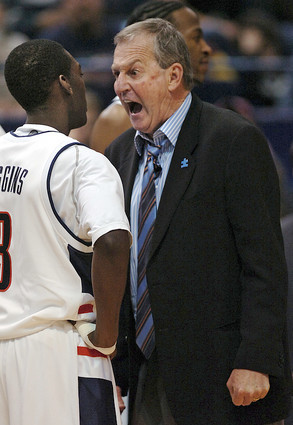 Does Doug need a hug?

Scenario #1: Caught alone, in a bathroom of a house, that you broke into? A bathroom, really?

Which one do you think is more embarrassing? Couldn't decide? Good, we can't either. Well, we could just ask Doug Wiggins, he lived them both. Don't be confused by the two different schools in the articles, this isn't one of those "one armed man" deja vu-type events. Doug Wiggins is currently sitting out his mandatory year, resulting from his transfer from UCONN to UMASS.

Don't go down that road Doug!!! You could one day have a blog named after you!!!