Share All sharing options for: Quickie Recap 12.4: Even a "bag-tag" won't slow down Griffin, 8 is greater than 9 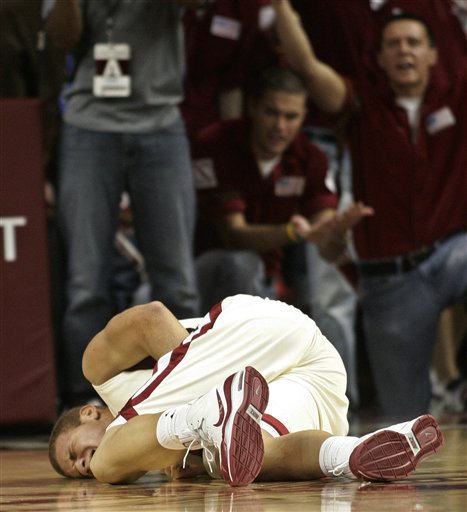 Every man feels his pain

After Blake was able to get over that not-so-loving feeling, he was able to convert 11 of the Sooners final 21 points, leading them to a 73-72 victory. The Sooners are now 7-0 and looking very nice.

Texas was able to give UCLA their second loss in the early season, as part of yet another inter-conference series. AJ Abrams led all with 31, with a tie-breaking three ball with just under three minutes left.

UCONN quietly avoids a monumental upset from the Buffalo Bulls, their only true non-conference road game. This begs the question if the Huskies are ready for the Big East grind, which is sure to be tagged as 'historical' before this season is over.