Share All sharing options for: Assigned reading: Another Curry rises to prominence 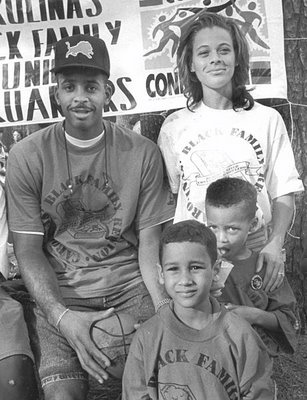 During Stephen Curry's freshman year at Davidson, we were at about this juncture of the season when we started hearing the rumblings, reading the blog posts, and getting tipped off by the Kyle Wellistons' of the world about "Dell's Kid."

Well history may be in the process of repeating itself---the Curry family is at it again. Enter Seth Curry, freshman at Liberty University, son of former NBA sharpshooter and brother of the aforementioned All-American guard.

The new Curry is leading all Division I freshman in scoring (22 ppg), and dropped 28 in a win over ACC foe Virginia last month.

Come March 2009 or 2010, if both the Flames and Wildcats are making a deep tourney run, will there be enough tears from Momma Curry to go around? We'd love to see it play out, and we're sure there's a few peeps at CBS salivating at the thought of having two Currys' simultaneously setting the world on fire.