Quickie Recap 12.6: No Percy no problem, Big 10 earns some respect

Share All sharing options for: Quickie Recap 12.6: No Percy no problem, Big 10 earns some respect 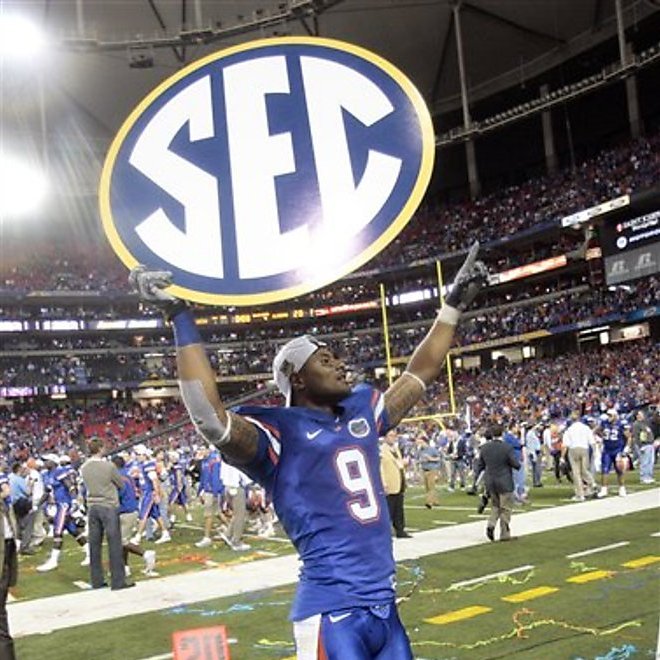 Rulers of the South

Oh what a dreary day to be a 'Bama fan; a waste of a resurgent season, in our opinion. Granted they exceeded expectations, but this is where college football becomes irritating, We're glad we have no deeply rooted allegiances and can instead crush Bud heavies every Saturday, all while watching 118 programs slowly widdle away like a slug doused with salt.

In the other quasi-semifinal, Bob Stoops continues to proves he's the biggest bully in college football by putting up 60+ points for the fifth consecutive game. It was over before it started and to us, Chase Daniels looked disinterested.

So it's most likely going to be the Sooners vs. Gators for in the BCS Championship Game. Start your fact checking now Mr. Thom Brennaman.

In roundball, the Big 10 may have gained some respect with two upset victories...

Meeeechigan's Deshawn Sims had his shining moment, leading all with 28 in a win over the Dukies, who played like absolute sissies. Coach K's boys didn't get to the free throw line even once in the first half, and shot 2-18 behind the new arc. The Wolverines now have two signature wins (UCLA) to hang their hat on come March.

No football left in South Bend? No problem! There's still reason to be pissed off...as the Buckeyes take down the Irish in Indy. Luke Harangody is back and looking healthy, but the story here is Ohio State's Evan Turner. He also led all scorers with 28, and has basically emegred as the team's go-to-guy.

One final game of note, attention-seeking Marquette protects their house, with a win over identity-seeking Wisconsin. Both of these teams have talent but right now aren't really getting any chatter, especially from us.