A nice little Saturday for the Atlantic 10

Share All sharing options for: A nice little Saturday for the Atlantic 10 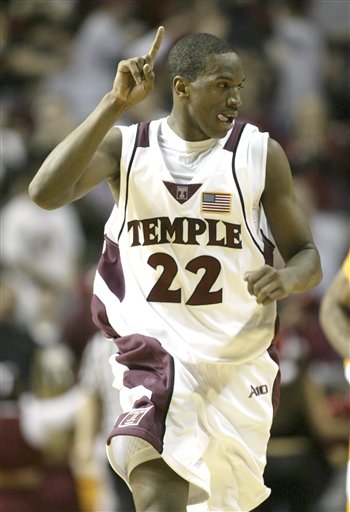 Dionte Christmas started off a nice day for the A-10

Today, however, the conference went to Home Depot with Frank Ricard, picking up a pair of nice non-conference wins-- Temple over Tennessee, UMASS over Kansas-- with Xavier holding firm as a top 10 team in the night cap.

The Musketeers got the win in their signature rivalry game against Cincinnati, which featured six technical fouls. Sounds intense, but were not sure if that's the case, as we tried to digest the madness while dodging hot-heads getting wild on a Saturday night.

For the record, offensive-minded Duquesne had a chance to get the conference their fourth win over a BCS team tonight, but came up short against West Virginia.

Not sure if this is the start of a positive trend, but certainly a good effort that will get some attention.