Share All sharing options for: "Ken Can, He's our Medicare Man!" 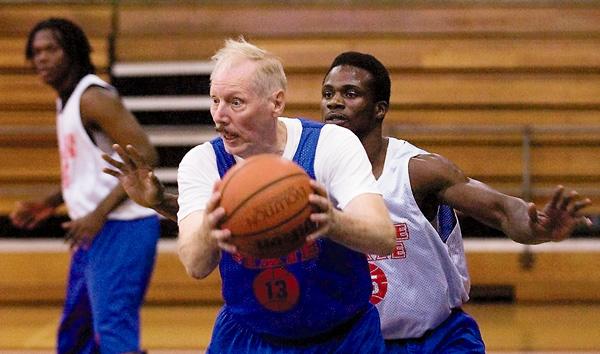 
Roane State Community College, where basketball dreams go to die? Not for one Ken Mink. However, it may be the final resting place when his ticker stops ticking. No, he is not the coach or the athletic director. This 73 year old has traded in his "Depends" and dentures for mesh shorts and a mouth guard. That's right, Ken Mink will be lacing up those New Balance kicks and taking the court with his grandchildren teammates as a Roane State Raider.

Flashback: After a successful Freshman year (13 ppg) at Lees Junior College in 1955, Mink was dismissed from his team early Sophomore year when he said he was wrongfully accused of spraying shaving cream all over the coaches office and putting shaving cream in the coach's shoes. We're guessing that's what is now called a "violation of team rules." 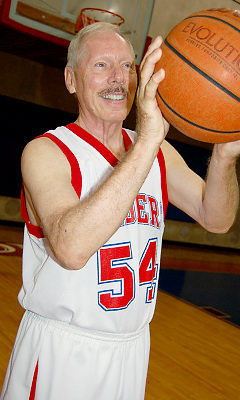 He's now getting back in the game. After knocking down shot after shot in his driveway at his home just outside of Knoxville, TN, Ken came into his house and told his wife, "I've still got it...I can still play." Mink sent out letters to 8 small colleges in the Knoxville area and someone was actually desperate enough to take on an "old bag of bones." Head coach Randy Nesbitt, self proclaimed "project coach" (project usually implies long-term potential?), decided to give Pops a shot.

Is Kenny Mink senile? Most definitely, but then again his teammates probably sound senile to him when they shout at him, "Gimme the rock," or "Come here dog."

As if the 12 hour college course load isn't enough, Mink plans on writing a book about his experience, "Season from the past."