Share All sharing options for: Finals week is fun 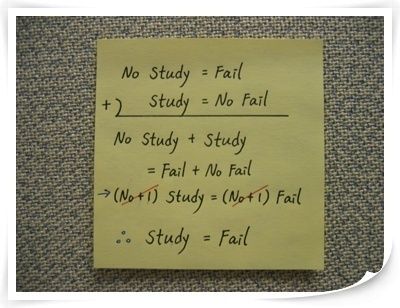 Ah, finals week. A rare stressful time for the model college student. The vicious cycle of sleep, test, eat, study, sleep is certainly grueling, but you push through it. You return home to share stories and partake in debauchery with high school friends. Your mom just wants you to leave, your dad just wants his case of PBR back. It's a wonderful time.

Finals week is also the time where all students must face the music. This includes the college basketball player who is not necessarily exempt from a crappy semester, or even a sub 2.0 GPA. Finals week can mean significant trouble for a basketball team. We remember the 2005-2006 Maryland team, when leading scorer Chris McCray became academically ineligible after the fall semester, spoiling the rest of the Terrapins season.

This year UAB is the first to report players who aren't cutting it, booting four from the team. Most notably is former Indiana guard Armon Bassett. He had transferred to Birmingham but was sitting out the season due to NCAA requirements. It's reported that Bassett is leaving on his own terms, but we're not so sure.

Jeremy Mayfield, Terrence Roderick and Ed Berrios are the other three casualties. Now the Blazers will finish the season with just six scholarship players, and Conference USA's quest to becoming a two-bid league just got a little tougher.

So with finals week in full-swing across the country, here's to hoping your favorite player passed his tests...or at least hoping someone took them for him.