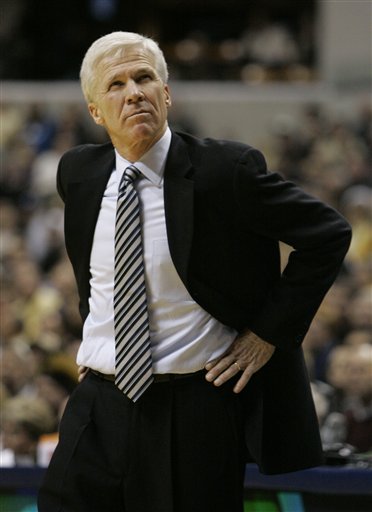 Davidson's secondary couldn't handle the speed of Purdue's receivers, as the Boilermakers jumped out to an early 21-0 lead and never looked back in an afternoon delight for fans in Indy. The former is clearly a bad attempt at humor, but the latter is true and Davidson never looked so hopeless in this one.

Stephen Curry missed his first eight shots, and was blanketed by primo defending all game. He finished with 13 on 5-26 shooting. We're guessing he's calling this one of the worst games he's ever played.

Purdue was certainly the trendy pick coming into this season, but hadn't done much to live up to such expectations until today. But this was the output we expected from them, as Matt Painter's boys showed their potential at both ends of the floor.