It's getting worse in Tuscaloosa

Share All sharing options for: It's getting worse in Tuscaloosa 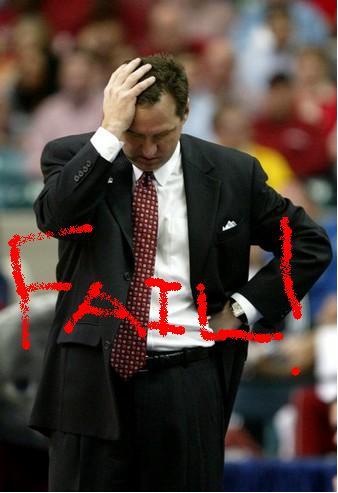 The Alabama basketball program is, for lack of a better word, effed! First Ronald Steele, Crimson Tide point guard since 2004, decided that his knees weren't going to hold up for the final 13 games of this season, and elected to abruptly end his injury riddled college career. His excuse was the bad knees, but many say he just didn't want to go to war for Coach Mark Gottfried any more.

There's still varying reports as to whether or not Gottfried was fired or left on his own terms. FoxSports.com's Jeff Goodman says Gottfried didn't have a choice in staying or leaving, and that the departure of Steele clinched it with the university people. We think the truth is somewhere in between both schools of thought.

So if you're keeping score, this has been an awful month for fans down in Confederate country. Like, it's been terrible. An absolutely brutal way to start 2009.