Share All sharing options for: "Hey there little boy... 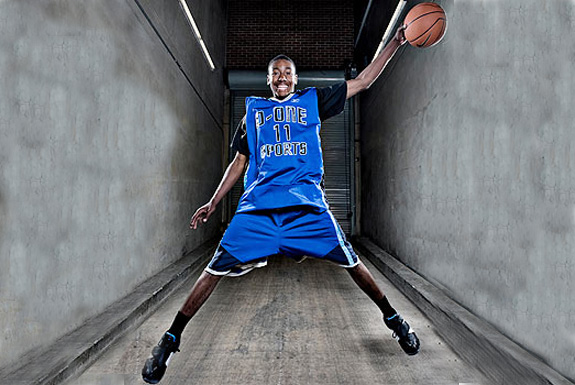 ...I've got some candy in the van, wanna come play basketball for me?" Does that sound sleazy and creepy? Well it should. What if during those long and grueling recruiting trails that was the reality? In many cases that kind of sleaziness may be an actuality, but who holds the upper hand in recruiting these days, the recruit, the recruiter or the recruit's coach?

In an era when Mid-Majors are constantly creating parody, making them more dangerous than BCS inter-conference foes, an edge in recruiting extends further than just the pimply faced, SAT taking teenager. Both coaches and players have caught on. You want to reel in the big fish, you have to use the big AND familiar bait.

Gaining a strong hold on a Blue Chipper has now started behind the scenes, before their Senior year even starts. Just ask Baylor Head Coach Scott Drew. Drew went out and hired Dwon Clifton before the 2008-2009 season. Ever heard of him? Yeah, we thought not. Dwon Clifton has no high school experience and barely made a name for himself as a college player. He has been hired as the 6th, yes, we said #6 coach of the unranked Baylor Bears (we're pretty sure the Grad Assistants get better seats on the bench than the #6). His credentials extend only as far as the head coach of an AAU team known as "D-One Sports Basketball" Under 17 team. Significant? YES!!!

Scotty Drew of the Baylor Bears is trying to land the #1 Point Guard of the 2009 class, John Wall, member of Clifton's AAU squad. Desperate ploy? Could be, but it has worked on others. Just ask John Calipari after he inked one hit wonder DeJuan Wagner with his hiring of Milton Wagner. Or would Bill Self have been slow dancing to Luther Vandross' "One Shining Moment" had he not lured the big shot kid, Mario Chalmers with the hiring of Papa Chalmers as Director of Basketball Operations?

Apparently the NCAA is trying to crack down on these package deals, but will the Baylor Bears be able to make a splash with these used-car-salesman type tactics before the hour glass is empty?