Don't (go to) sleep on the WCC

Share All sharing options for: Don't (go to) sleep on the WCC 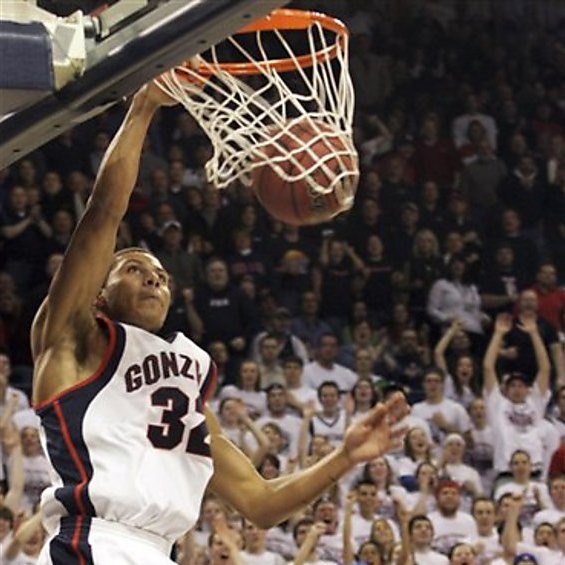 
On Thursday at 11pm many peeps on the East Coast were either hopping into bed to prepare for another dress-down Friday, or were partaking in Thirsty Thursday because Jager bombs are generally six bucks. Either way, St. Mary's - Gonzaga did not receive the exposure it deserved.

Do you come from a land down under? St. Mary's came into Spokane with the nation's longest winning streak, 15, and they've done it with a handful of Aussies. Patty Mayonnaise Mills leads the unit and might be the best point guard in the country, a title he proved worthy of in the first half with six threes that gave him his scoring average in just the first 20 minutes of play...but that would be it for Mr. Mills.

The all-world guard broke his hand early in the second half, and will be out for the next month according to Andy Katz. The 'Zags came out salivating and took advantage of a Gaels team lacking a legit ball-handler and scoring threat. Mark Few's teami initiated the attack with a 12-0 run and never looked back, picking up an important 69-62 victory.

The Zags got their points in "score by committee form," with 4 players going for double digits, led by Matt Bouldin's 17 (Dan Dickau wanna-be). Bud Wither's of the Seattle Times reports that Zags Coach Mark Few called it a "Morrison-like effort." We thought we would be rid of that guy, but he still haunts us.