Share All sharing options for: Let's stop talking about Georgetown and Notre Dame 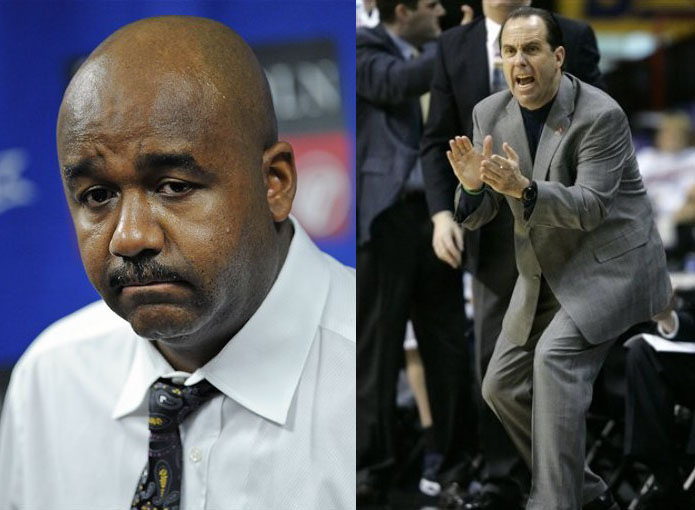 Two preseason top 15 teams will finally exit the rankings this week, as Georgetown and Notre Dame are struggling so badly their conference affiliation can't even save them as they continue to take on water.

Today, the Irish were taken care of by Pittsburgh, and Georgetown kept it close but never really made an effort to win, falling to Marquette. Both teams shouldn't have been expected to win these games, but now that the two are 3-6 in conference play, it's time to shed light on their faulty play.

First for Georgetown, they have the road victory over UCONN to hang their hat on, but nothing more. Since then they are 0-5 on the road and, on the whole, have no other impressive wins. If you want to counter with the "toughest schedule in the nation card," then we're going to say they lead the country in missed opportunities. Plus, they also lost to Tennessee earlier this season. At the time it was no big deal but as we've stated before--the Volunteers lack of fundamentals simply piss us off.

In South Bend, it starts with Luke and ends with Harangody. The reigning Big East player of the year accounts for 32 percent of the Irish's offense. Sounds cool, but it's never a winning formula for a team with aspirations of making a deep tournament run. His frontcourt running mate, Zach Hillesland ranks among the least talented, regular starters for any Division I college basketball team according to us. Yes, that's harsh and not based around statistics, but it's our interpretation of the situation, and proof of how short a rotation Mike Brey is working with.

So is it time to write these teams off? They currently sit 10th and 11th, (dis)respectfully in the conference, and it's starting to be less conceivable that many teams will qualify for the field of 64.