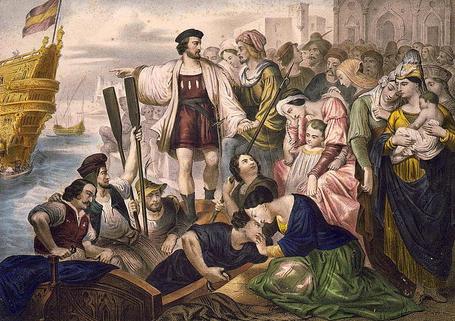 We're starting to get antsy, college basketball is actually upon us. On Friday, programs from all over the country -Chapel Hill to Corpus Christi, Pullman to Philadelphia - will unveil their squads against the backdrop of dunk contests, intra-squad friendlies and players and coaches alike dancing to the current obnoxious song polluting the airwaves. What's even more exciting, ESPN has wall-to-wall covera

In preparation for this brewing storm of hoopla, the pundits are pushing out what to expect - their primers - for the upcoming season. We know this because you can go here, here, here, here, and here to digest the bevy of lists, previews, and blurbs on all your favorite incoming freshman, transfers, usual suspects, and early season non-conference match-ups. Chris Dobbertean is jumping all over that stuff over on BloggingtheBracket.com.

We however are finding that coverage to be diluted amongst each other. I mean, just how the hell can our word stack-up against guys that do this for a living? Does it matter that we would go with Sherron Collins, John Wall, Craig Brackins, Kyle Singler and Cole Aldrich as our first-team All-American? And how many times to you need to know that West Virginia will be in the Final Four? Oh pardon, we haven't officially divulged that yet.

What were saying here is don't worry. We are currently in the lab, writing, and choosing Busch Light while watching the leaves change, and our Red Sox and Fantasy Football teams crumble. Beginning this week we have four great Q&As with esteemed college basketball columnists and senior writers. We will follow that up with some conference previews, profiles on non-BCS conference studs that will unfortunately go overlooked through the winter, a top-10 that we don't expect to be the butt of a joke come March, and a tribute to the 2008-2009 North Carolina Tar Heels whatever else we deem good copy for our readers. YouTube Friday will also be reimplemented

So with that, today marks a sort of commencement. To our fellow New Englanders, and those fortunate enough to be using their floating holiday option, we wish you a Happy Columbus Day. All those negative accusations they don't tell you in third grade aside, celebrate the shit out of this man credited for exploring and discovering the new world. We're ready to explore the shit out of what we expect to be a great season of college basketball.