Share All sharing options for: Your obligatory ACC primer 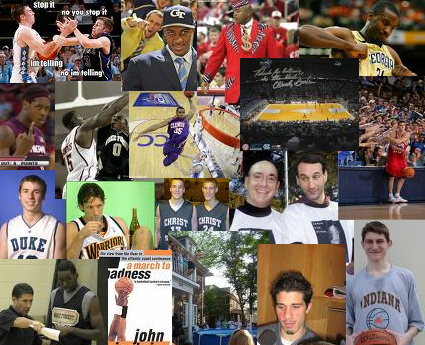 So UNC cut down the nets last spring, lost 68 percent of their scoring, lost the nation's top point guard and the nation's blandest spokesman for AT&T, yet their still top dogs in the ACC. Sometimes, college basketball stinks. The Tar Heels return Ed Davis and one of the top recruiting classes in the country. It used to be that Duke would capitalize on such an opportunity, and once again be king of the ACC Castle. Not so fast. The biggest threat to the Heels this season is probably a balanced Georgia Tech team who may have the best center in the country in Derrick Favors. Maryland wants to mix it up too, with Greivis Vazquez and two frontcourt freshman in James Padgett and Jordan Williams.

From there the conference gets mediocre fairly quick. Clemson seems to get high praise, but when you look at their last six games from the previous two seasons, the Tigers were 4-8.

Most overrated - Duke's mystique. Paul Hewitt on the hot seat.