Your obligatory primer for non-BCS conferences

Share All sharing options for: Your obligatory primer for non-BCS conferences 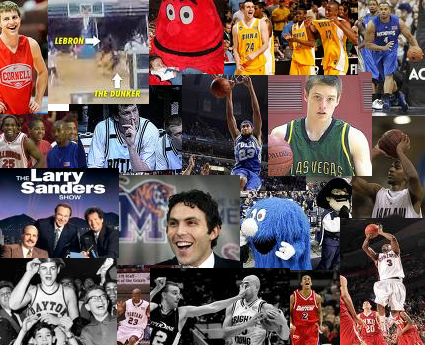 The thrill of being a mid-major, or a "non-BCS conference" might be fading. Just three years ago, pundits were declaring that the field between David and Goliath had been significantly shortened. The Missouri Valley had four teams in the tournament and were 6th in the conference RPI rankings, George Mason threw everyone for a loop by winning the East Region, and VCU was breaking Blue Devil hearts.

Now, some are wondering what happens next. Yes, teams like Butler, Gonzaga and Xavier are always going to be kicking around, and are unfortunately handcuffed from not having a big-time football program that gives them clearance into a major conference. Memphis is sort of in their own world, a bit of an anomaly but a premier school when it comes to recruiting...at least when John Calipari was coach.

At best, the talent in small conferences is cyclical. After thumbing through the preview mags for this season, we may be looking at only a pair of non-BCS conferences that receive multiple bids (A-10 and C-USA). With that, we should still look forward to ESPN's BracketBuster Weekend. Tulsa could be a nice story, Siena will look to build off last season, and Oakland could play deeper into March than all the afroementioned schools. It's just a hunch we have.

Tourney teams (in a sort of order of importance)

Most overrated - Josh Pastner. The thought of Xavier struggling w/o Sean Miller.