Share All sharing options for: Your obligatory Big 10 conference primer 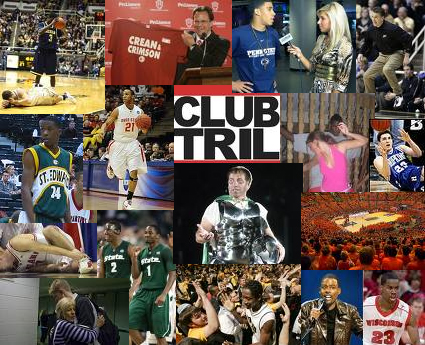 Is this the year when the Big 10, a conference that is poked fun at for being a boring, the tops in the land? It could certainly happen with two Final Four contenders, and about a half dozen more looking for inclusion into the field of 65.  Michigan State will dominate the headlines, but Purdue may be the most intriguing team. Remember that recruiting class of 2007? Well now they're juniors and probably realize it's about time they live up to some of the hype. No pressure here kids.

Ohio State has the league's biggest playmaker in Evan Turner, who uses this year to audition for next year's NBA Draft. As in the previous three seasons, Thad Matta doesn't have a highly touted freshman center to build around. This team is going to run and look to outscore its opponents, but I guess that's the sport's operative goal right?

People are also talking about Northwestern. Is it worth the chatter? That remains to be seen but you have to at least respect Kevin Coble & Company. The Wildcats will rely on the deep ball to stay in games.

Most overrated - Northwestern (if that's possible)