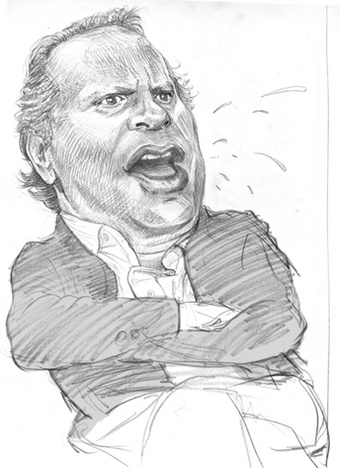 In acknowledgment of the first night of NBA basketball, Buzz Bissinger graced the New York Times op-ed page today, offering his take on the NBA age-limit. Bissinger explains that he used to be in defense of David Stern's movement to prevent underdeveloped and naive high school players from jumping straight from prom to the pros, but now he's not really feeling it.

One thing is clear: raising the minimum age to 19 hasn’t helped the players in any way. Superstars may go to college for a year, but for most it has nothing to do with getting an education. As the legendary coach Bobby Knight has pointed out, these players can retain their first year’s college eligibility without ever going to a class after their first semester.

I'd have to agree with Bissinger. The Stern-implemented age-limit has solved nothing, for both the college and pro game. Players who have their attention fixed squarely on getting into The League as quickly as possible are coming to campus for one season only because they're obligated to, and they don't mind pissing on the program they briefly play for. When the Collective Barganing Agreement expires after next season, Stern needs to abolish this one year buffer altogether, or up it to two years.  The college game would benefit by never having to deal with players who could give a damn about their college legacy, and a better sense of cohesion would develop among college teams looking to create a nucleas and improve over a 2-3 season span.