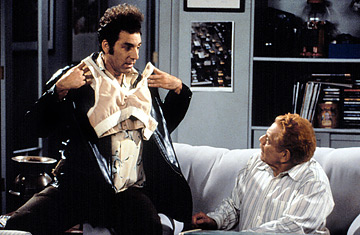 No Bill Self didn't announce that he will be wearing a manzier this season. I am just watching this outstanding Seinfeld episode as I type, waiting for Pedro to take the hill at Yankee Stadium.

On to a more relevant subject to tackle, USA Today has released their preseason Coaches Poll. What follows is a brief synopsis, knee-jerk reactions if you will, to the season's first Top 25.

"I lived with him for 40 years, I never saw him trying on my underwear. As soon as he leaves the house...he's J. Edgar Hoover!"