It's getting worse in Lawrence, Kansas

Share All sharing options for: It's getting worse in Lawrence, Kansas 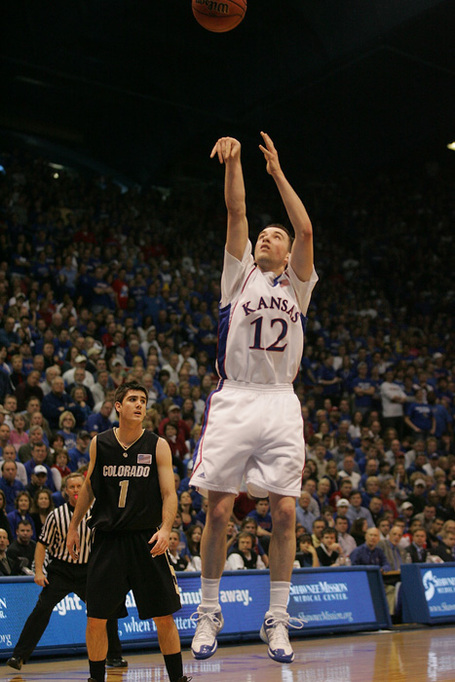 This morning you're either lamenting your school's loss last night, or hastily adjusting your fantasy football team's starting line-up. Basically you're not paying attention to the news that Kansas guard Brady Morningstar was arrested on suspicion of DWI early yesterday morning, and has been suspended by Bill Self for the rest of the first semester.

On the heels of that football team/basketball team drama, this has just added to the adversity that Self will carry on his shoulders for the pre-season number one team in the country, and provide more juicy story lines CBS can jam down our throats come March.

From the Kansas City Star...

"We are aware of the situation," Self said. "We are also still fact finding. Regardless of the details that concern the reason for him being stopped, he broke team rules that have been much more stringent since last week. Brady was in serious violation of curfew. Because of that and his extremely poor judgment last night, I have decided to suspend him for the first semester from all competition and travel."

We like Morningstar's game, as he embodies those "glue" intangibles based on last year's stats...30 minutes-per-game (reliability), 2.0 assist-to-turnover ratio (smart with the ball), only 1.7 fouls-per-game (has a brain) last season. If he can integrate himself appropriately come January, Morningstar is still going to be looked upon as a key bench player.