Arkansas will be down a man, or five

Share All sharing options for: Arkansas will be down a man, or five 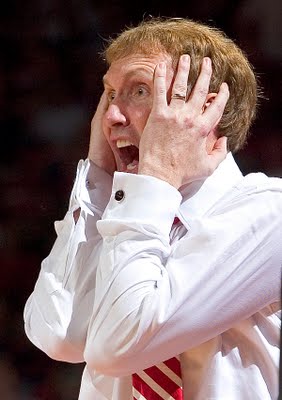 The best way to draw questions to your basketball program is to tip-off your season opener with only nine players in uniform. Well Arkansas will be in that precarious position for a few weeks, maybe longer, as John Pelphrey is cleaning up some dirty laundry from undisclosed incidents that date back to the end of last season. Five players have been suspended, including starters Courtney Fortson and Stefan Welsh for an indefinite amount of time. Reserve Marcus Britt will be out for the first six games.

Ironically, the Razorbacks seventh game of the season is against Oklahoma, so let's all make a mental note for when Pelfrey wakes up on December 1st and announces Fortson and Welsh have been absolved and appropriately repented for all the childish acts they were caught doing over the summer, including those rape charges.