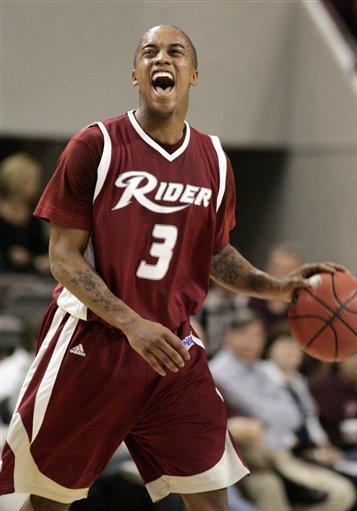 Doh! Mississippi State is eating crow today,  after losing to a top-tier MAAC school in Rider, 88-74. The Broncos were 10-16 from behind the arc, had four players finish in double figures (proving it's not just the Ryan Thompson show), and probably accelerated this whole Renardo Sidney mess for the Bulldogs.

Between the first-half's 11 and 4 minute mark neither team could muster even one point, as the Bulldogs were unable to extend their four point lead. Rider then took control, and never looked back.

For what it's worth, Jarvais Varnado had a Lottery-pick-like night, with 22/14/7, going a perfect 8-8 from the field. But limited backcourt contributions from Dee Bost and Barry Steward is probably what peeved coach Rick Stansbury on his way to the showers.