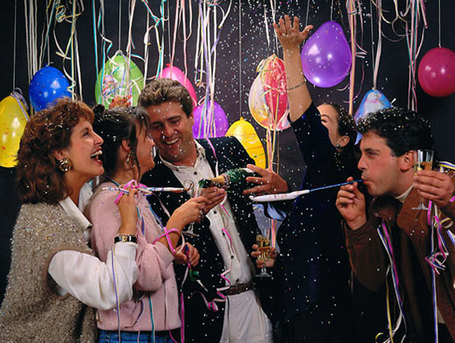 It's another mini-marathon today, courtesy of ESPN. Skip out of work early, create a stiff punch bowl drink, stir, place a few wagers and enjoy the games before you head out.

Michigan (-4.5) over Indiana - Just as Maurice Creek was establishing himself as one of the top freshman in the country, he's out for the year. The Hoosiers are emotionally vulnerable right now, and Michigan is desperate to begin their Big 10 schedule on a positive note.

#23 Wisconsin (-6) over #15 Ohio State  - The Kohl Center provides one of the greatest home court advantages in college basketball. Outside of Madison the Badgers are, in general, mere mortals. But at home this season they are 8-0 (3-1 against the spread), including wins over Duke and Marquette. Furthermore, the Buckeyes have lost their last seven road games to Wisconsin.

#14 Tennessee (-1.5) over Memphis - The hiccup against UMASS aside, Memphis has overachieved this season given everything that went down last summer. But the Vols have covered in four of their last five games in Memphis, and will cover tonight as they match the Tigers speed and athleticism.

St. Johns (+11) over #13 Georgetown - Not only does Georgetown show little interest in crushing inferior teams, the Red Storm have yet to allow a favored opponent cover the spread this season. This game will remain close, as Norm Roberts will make sure D.J Kennedy gets his looks on offense.

Oklahoma (+8.5) over Gonzaga- After suffering a concussion earlier this month, Matt Bouldin officially returned to full strength Tuesday in a win over Eastern Washington. The Sooners have been a bit of an enigma this season, and heralded freshmen Tiny Gallon and Tommy Mason-Griffin are still adjusting to Division I basketball. But the Sooners have that guy named Willie Warren, fresh off a 26 point output against UTEP, so bank on OU to at least cover in this road game.