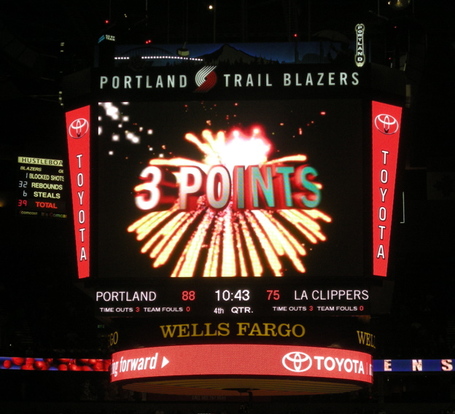 The rise and fall of the Portland Pilots has come and likely gone, and unfortunately it was shorter than Robert Loggia's arc as Feech La Manna in season five of The Sopranos.

It's too bad but if you know the Pilots, and their reliance on the trifecta, you know that the margin of error was thin, as Basketball Prospectus's John Gasaway outlines.

Bottom line: when you shoot 53 percent from long distance over a four game span, make an effort to find a new way to win before your balloon goes pop and you're just another middling team from the West Coast Conference.