A Dewey and a Doobie

Share All sharing options for: A Dewey and a Doobie 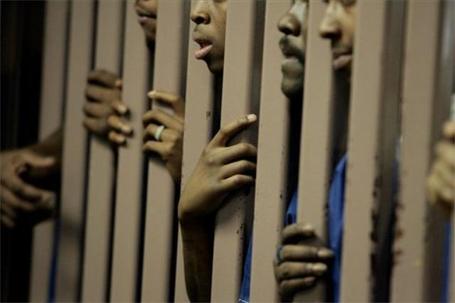 College kids love their drugs and alcohol and athletic affiiattion is no deterrent.  Point proven by the latest victims to try on the lock and chain bracelets, Terrance Joyner and Roy Willis.  Two in the same week?  What a treat for the blogosphere world of sports.

Terrance Joyner, freshman at New Mexico State, was arrested on Wednesday after he walked into the El Paso airport with 2 spliffs, otherwise known as marijuana cigarettes, in his checked baggage.  We already knew he wasn't the sharpest pencil in the box.  Joyner was recently cleared to play for the second semester after being academically ineligible for the first semester.  Was his decommitment from Arkansas spurred by the fact that he thought he was going to the drug relaxed environment of Mexico, not New Mexico?  Airport with two Bob Marley specials, what a dumbass.

Even the elite fall prey to the PoPo.  The #2 Oklahoma Sooners' freshman guard Roy Willis was arrested in the wee hours of Saturday morning for sippin' on some sizzurp while driving through campus.  The 19 year old frosh has had a bad couple of months.  In September Willis was stabbed and hospitalized after being involved in an altercation at a Norman, Oklahoma nightclub.  The skirmish included guns, knives and tire irons.  Willis suffered a collapsed lung.