Who would win in the Circle of Death?

Share All sharing options for: Who would win in the Circle of Death? 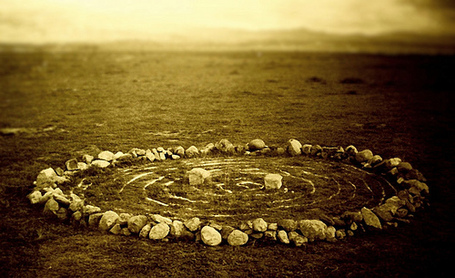 Who would win in a fight...Blake Griffin or Hasheem Thabeet? Both are arguably the best big men in the country and both put up enormous numbers on Saturday afternoon. Blake Griffin tea-bagged the Texas Tech Red Raiders for 40 points and 23 rebounds, in a 95-74 victory. After Hasheem Thabeet enjoyed an Orange appetizer on Wednesday, he feasted on the Pirates of Seton Hall, posting 25 points, 20 rebounds and 9 blocks in a 62-54 win.

So in a fire encompassed circle of death, who would be left standing? Would Thabeet's Tanzanian fighting ability, polished through five generations of practice, be enough to take down the Sooner? Or would years of backyard brawls with older bro, Taylor Griffin, be adequate enough to counter the 7'3"er's reach?