Share All sharing options for: Sean Williams just wants to be friends 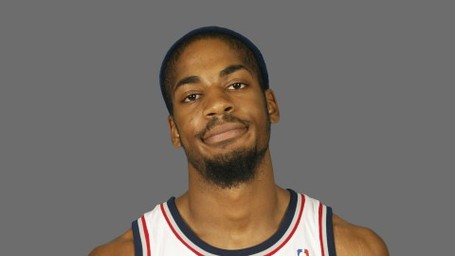 You remember Sean Williams.  The former Boston College Eagle, supreme shot blocker whose urge to always have to hit that ish abruptly ended his college career. His dismissal from the Jesuit school back in 2007 also meant he was prohibited from returning to the Chestnut Hill campus...and boy did the Jesuit school mean it.

Sunday, Williams was arrested outside the Conte Forum before the big game against Duke after showing up per the invite of coach Al Skinner.  A great gesture.

The Institution that is Boston College weren't so welcoming however, and Williams was arrested on tresspassing charges.  As part of the judicial process, Williams was scheudled to be arraigned this week, but has jetted to continue his duties as a New Jersey Nets center.  BC is obviously ticked about this, and a Boston-area court is doing what we think is hilarious and refusing to side with BC by not issuing a warrant for Williams arrest.  This certainly won't do anything from a community relations standpoint, and it makes us wonder if Al Skinner was trying to throw the troubled dude under the bus.  Let's assume not and it's just BC once again acting outlandishly elitist.