Providence gets the Dunk Dancing

Share All sharing options for: Providence gets the Dunk Dancing 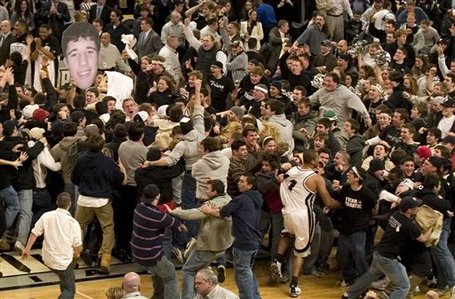 One day after being named the #1 team in the nation, traveled to the treacherous Dunkin' Donuts Center to take on the Providence Friars.  The haunting and daunting aura that comes with being the top dog in the NCAA is no joke.  proved that on Tuesday night with a surprisingly convenient 81-73 victory.  Convenient because may have just solidified a bid in the NCAA Tournament, moving into 7th place in the Big East.

The Friars got it done with defense, swiping 11 steals and forcing 18 turnovers.  On the other end of the court, the ProJo explains that made slicing through the Pitt defense look elementary, sharing the ball on 18 of their 27 shots made.