Share All sharing options for: 2009 Cousy Award finalists announced, let's light one up 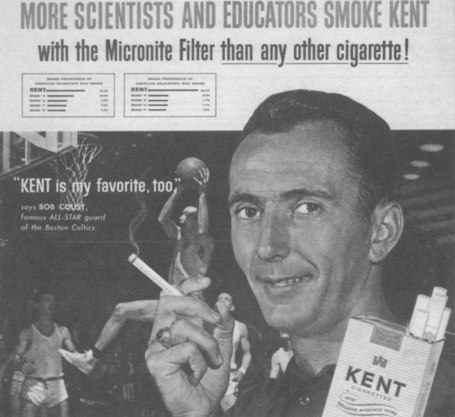 Just to get it out of the way now, we’re from  and will show favoritism for anything Red Sox and Celtics whenever possible.  You’re just going to have to deal with it.

Today the Bob Cousy Award finalists were announced, and while we’ve yet to see a point guard come around like the Houdini on the Hardwood, the 2009 class of finalists can yo-yo with the ball in fairly impressive fashion.

The darkhorse whose nomination means he’s getting some well-deserved acclaim?  VCU’s Eric Maynor is putting up a robust 23 points a game in his senior season.  The Rams currently sit second in the CAA – behind the surprising Northeastern Huskies.  As a likely one-bid league, VCU will hope for more merciless play from Maynor and a return bid to the Big Dance.

We're pleased about the omission of AJ Abrams, as it means that whoever is in charge of this ordeal recgonizes the Longhorns guard stinks as a point guard, or dismisses the idea of letting him pose as one.