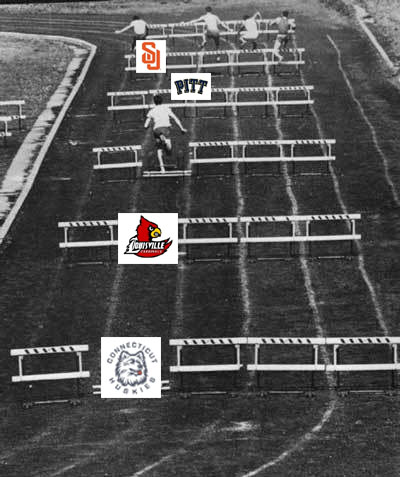 After starting 12 - 2 in the Big East, we were waiting to see how Marquette would close out their conference schedule.  So far it's going about as bad as it could.  First, they fell to UCONN and lost point guard Dominic James all in one night, then looked all out of shape against Louisville this afternoon.

Pitt and 'Cuse await, and its looking like they are hurdles the Golden Eagles won't clear.  What's at stake?  A slip to a five seed, which would essentially make them forfeit a bye-day in the 16 team Big East tournament.