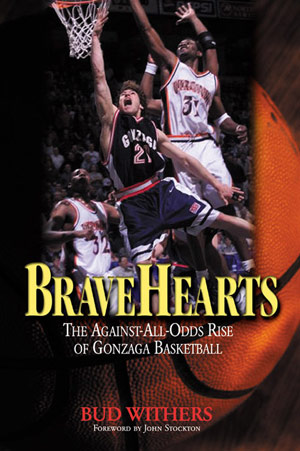 It is no surprise that the Gonzaga Bulldogs will be the West Coast Conference representative in the NCAA Tournament.  The Bulldogs have won their respective tournament 9 of the past 11 years, while making it to the big dance in all 11.  Mark Few has his team primed to threaten the field of 65 and they proved it with a resounding 83-58 victory over St. Mary's and their currently shrinking bubble status.

Josh "Psychadelic" Heytvelt led the Bulldogs with his 17 pints and Micah Downs aided in the rebounding department, hauling down 12.  Standout St. Mary's guard, Patty Mills, is still shaking off the cobwebs since returning from his broken wrist injury.  Mills converted on only 2 of his 16 attempts.

Let's examine more on the 'Zags after the jump.

Projection: The Zags are most likely looking at a 3 or 4 seed and could potentially be outed in round two.  But then again, they do have the talent and coaching to reach the Final Four.