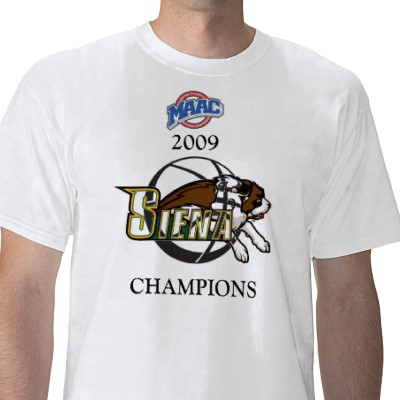 Returning all five starters from a team that defeated a #4 seed Vanderbilt in last year's tourney, Siena was a trendy mid-major pick coming into this season. Then they went L, L, L to Tennessee, Wichita State and Oklahoma State in the Old Spice Classic and BOOM! -- trendy no more.

Reality set in and we pretty much forgot about the Saints, but they rebounded with a 16-2 MAAC record and conference final victory over Niagara, and they're back where they should be.  Had they lost last night, they would be labeled the ultimate bubble team -- probably on the outside looking in.

Siena isn't scared. They're balanced and athletic and have another opportunity to show they're legit.

Projected seed: 12; and if they are, they're the favorites no matter who their opponent.