Not so sunny at St. Mary's right now

Share All sharing options for: Not so sunny at St. Mary's right now 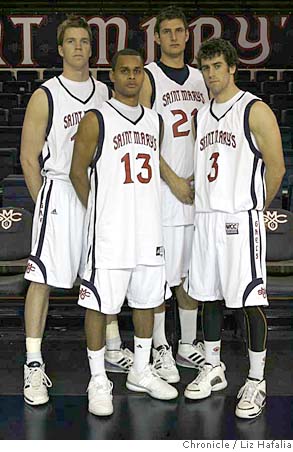 St. Mary's was one of those teams that avid college basketball fans began zooming in on just prior to the passing injury of Patty Mills.  This Aussie-laden squad was essentially giving experts a peep show of March's Cinderella, but then came the absolute mauling Gonzaga laid on the Gaels in the WCC Final.

The 25 point loss in the conference final put the St. Mary's Gaels directly on top of the bubble.  They carry a solid record of 25-6 but they lack any standout wins over non-conference opponents, indicated by their 145th best strength of schedule.  The Gaels were a lock but when Patty Mills production is limited to 13 percent, the Gaels look less and less sexy.  So now there are more worries than just Patty Mills wrist.  The Gaels will be watching Championship week cringing through any conference upsets.