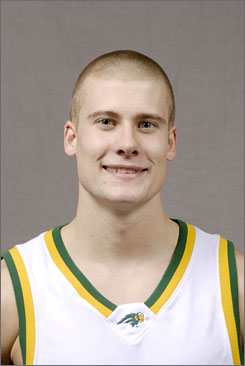 Ben Woodside is back on our conscious!!!  He's so damn handsome.

Anyway, a great finish in the Summit League final tonight.  The top-seeded Bison clawed their way back from being down 12 with nine to play, to defeat Oakland.  Naturally, the win was assured by a Woodside long two with just three seconds to play.

It's NDSU's first year as a member of the Summit Conference, and then you have programs like Northwestern that have never even sniffed the Big Dance.  Life is unfair.  But at the same time, the state of North effing Dakota has representation in the field of 65, and they're one of the more interesting prospective Cinderellas.

More after the jump.