BIg East: An afternoon walk in the Garden

Share All sharing options for: BIg East: An afternoon walk in the Garden 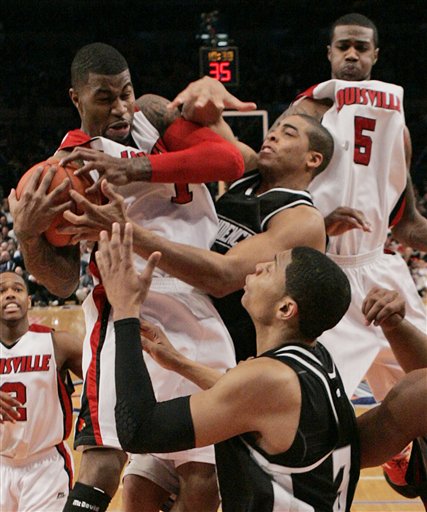 Thursday in Manhatten the Bigs of the Big East made their dubuts in Madison Square Garden.  Many experts thought that the vulnerability of the Big East would be exposed and one of the top four seeds would be going down by days end.

Let's all touch each other...VILLANOVA wins at the buzzer!