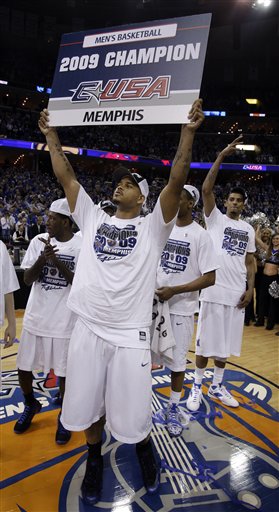 Well, if we thought C-USA was going to get two bids, Memphis squashed that idea.  Memphis made it very clear that their superior play is light years above the next best with the 64-39 beatdown of Tulsa.  The Memphis Tigers showed no flamboyant emotion after bringing in their 4th straight conference tournament championship.  Their sights are set on a much larger prize, a National Championship.

Let's take a close look at this conference bully after the jump.

Projection:  By default Memphis will most likely end up with a #1 seed even though they should be a 2 seed. We think they will face some serious tests as early as the second round.