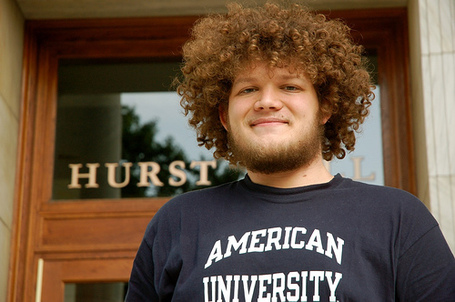 That guy is probably pumped.  The D.C. area school earned the Patriot League title yesterday over Holy Cross, preventing any sort of hoopla over at ESPN's Page 2.

The Eagles are not to be taken lightly by any means. They start five seniors, all who were members of last year's team, a #15 seed in the tournament.

More on America's team them after the jump.

Projected seed: 13; and a dangerous one at that.