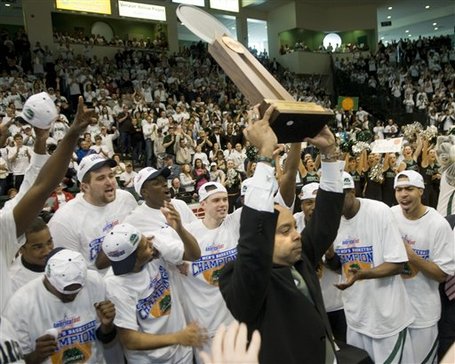 Binghamton wins the lowly American East conference with a win over the UMBC Reteivers, reserving their spot in the field of 65.  Led by JUCO transfer Reggie Fuller's 19 points and 10 rebounds, the Bearcats earned their first tournament birth in the programs 63 year history (D I since 2001)  The Bearcats have come a long way since only being removed from Division III basketball two decades ago.

The brief post season of the Bearcats is duscussed after the jump.

Projection: Despite a decent overall record, the Bearcats are coming from arguably the worst conference in Division I basketball.  A #1 seed will be salivating at this 16 seed on Selection Sunday.