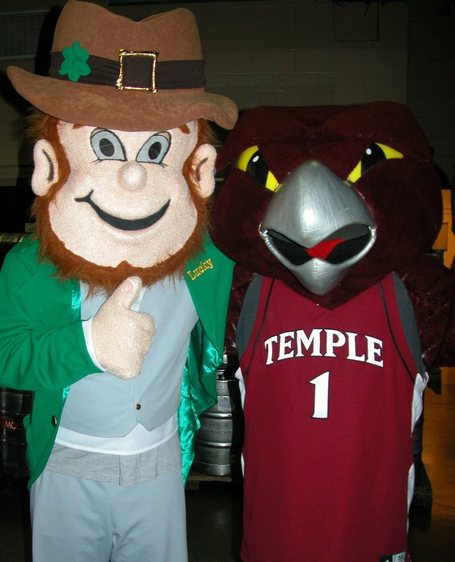 Temple would like to wish you a Happy St. Patrick's Day.  Dionte Christmas and the 4th seeded Temple Owls have robbed another team of an NCAA at large bid with their 69-64 victory in the Atlantic 10 Conference Championship.  The defeat of the Duquesne makes that the Owls second straight conference championship and puts them into a post season invitational that they would otherwise be watching on CBS.

More on the spoilers of the A-10 after the jump.

Projection:  Temple will most likely stencil their name on a 12 or 13 seed, creating a poor draw for a 4 or 5.  The A-10 isn't a joke so Temple crush someone's weekend dreams.