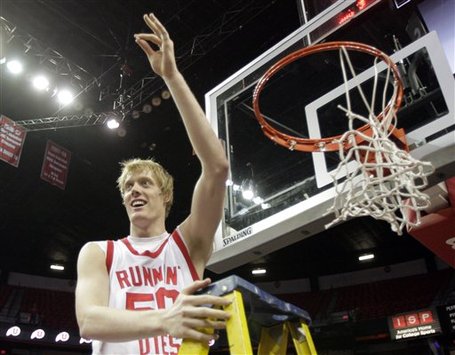 Winners of the Mountain West, Utah is making their first tourney appearance since 2005. Their victory last night in the championship game was ugly but somehow entertaining.

We're not so sure about this team, but as a school we know Utah always seems to prove formidable.  They are led by a seven footer who comes from down under and shoots 60 percent from the field.

More on the Utes after the jump.