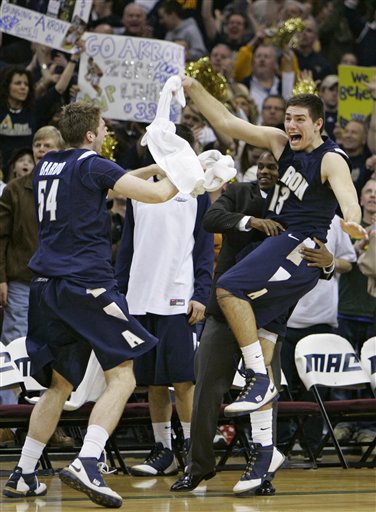 Zip-a-dee-doo-dah, zip-a-dee-ay.  My, oh my, what a wonderful day.  A wonderful day it was yesterday for the Akron Zips, as they collect their first NCAA bid since 1986, winning the MAC Tournament over Buffalo.  The 65-53 victory for Akron is some vindication for the loss suffered at the buzzer two years ago in the MAC final.

We'll see if they can keep whistling "Zip-a-dee-doo-dah" after the jump.

Projection:  Squeaking into the tournament as a 5 seed in the MAC will undeniably put them in the 14 or 15 seed range.  At least they'll get some free stuff for showing up.