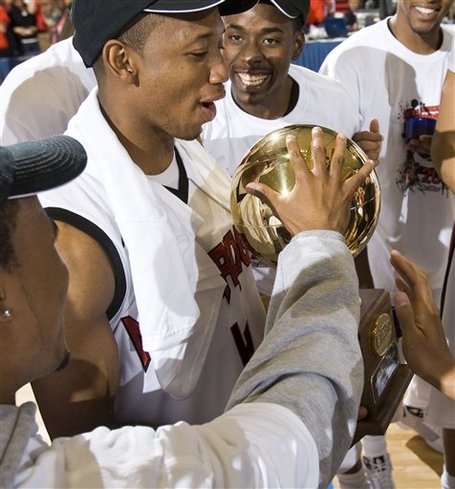 The Matadors of Northridge have gone through their many trials and tribulations throughout the year, including accusations of stealing from electronics stores to losing their starting point guard to an ankle injury by way of car accident.  Well, despite their lows, they are currently experiencing the highest of highs by earning their way to the NCAA tournament with a 71-66 overtime victory over Pacific for the Big West title.

The brief post season half-life of the Matadors is discussed after the jump.

Projection:  The Matadors will be looking at a 15 seed at best but could be reverted to Dayton, OH on Tuesday evening for the play-in game.