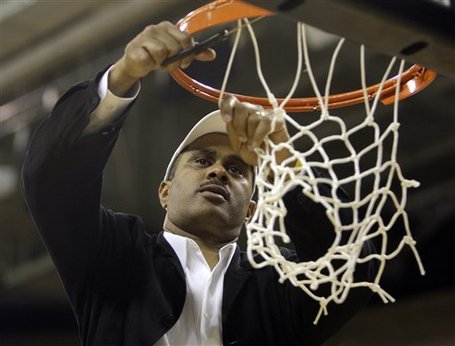 A comeback story for the Morgan State Bears.  Once the coach of Cal, Todd Bozeman had to resign in the fall of 1996 in light of the Jelani Gardner debacle -- when the former player's parents exposed Bozeman for paying them to attend games after his playing time dwindled.

That's in the past now and Bozeman is taking the Bears to the dance for the first time ever.  The MEAC champs also were tops during the regular season, and feature a balacned team with a nine man rotation.