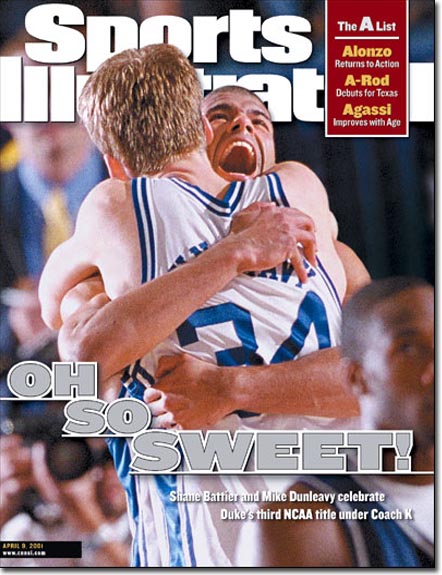 You live by the three, die by the three. Today, the Blue Devils were hitting early and often, and were able to outpace the Seminoles the rest of the way to capture their eighth ACC championship in 11 seasons.  The craziest stat of the game: Duke had five steals and only four turnovers.  Now that's efficient.

Duke has been able to reach high-highs but also sink to low-lows this season.  And while they might be the most notable college basketball program in the country, what we can expect from them this time around is still a bit of an unknown.  Are they a national championship contender? Can they overcome their size inadequacies in the frontcourt? Will Greg Paulus single handedly blow it for them?

My guess is no, no, yes, but there's a reason why you play the games out.

More after the jump.

Projected seed: 2; and firmly planted there.