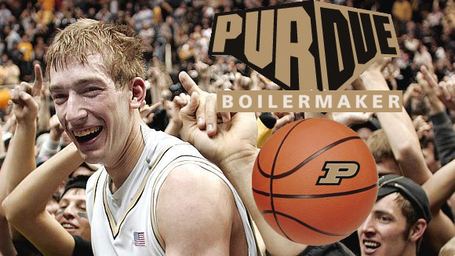 Purdue has come full circle at just the right time, but could it be the wrong tournament?  The Boilermakers added some hardware to their trophy case on Selection Sunday by winning the Big Ten Conference Tournament 61-61 over the Ohio State Buckeyes.  At the beginning of the season Purdue was getting many pre-season props but ended up getting beat up through the middle part of the season and has since recovered nicely.  They are now looking like the athletic, menacing team we saw in Washington, DC last year.

Let's take a look at their outlook for this post season after the jmup.

Projection:  Purdue will be most likely looking at a 4 seed and will have a nice match up with one of the top four teams in the nation in the round of sixteen.  We don't see them getting by the #1 seed but the Sweet 16 would be an improvement from last year.