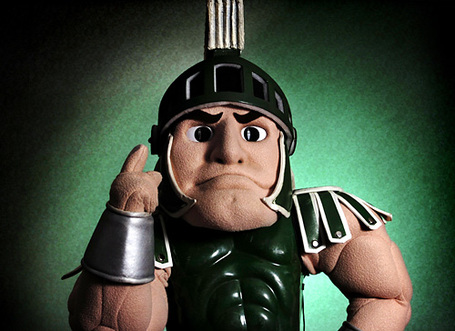 Location: Home of the Will Ferrell's Flint, Michigan "Tropics"

Projected Performance:  With West Virginia, Kansas and Boston College in the southern half of the Midwestern Bracket, we see this Michigan State team too vulnerable to escape.  Certainly no Final Four for this #2 seed.