The drive through Indy

Share All sharing options for: The drive through Indy 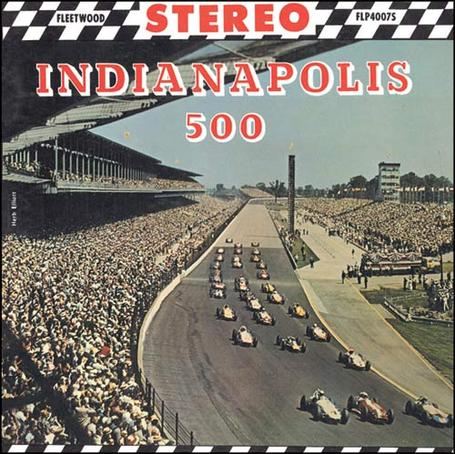 In the drive to make it to Detroit, the Racing Capitol of the United States stands in the way.  The Indianapolis bracket is the sole proprietor of the overall number one seed, the Louisville Cardinals.  In addition, this bracket offers up vast amount of "I told you so" opportunities with the amount of higher seeds upsetting the more favorable seeds in the first round.  Notice that we did not call them upsets.  Is Arizona really an upset over the Utah Runnin' Utes?  Would you be shocked if the Pac 10 Champs of USC took down the Boston College Eagles?

The real answer we want to know out of this bracket is whether Ben Woodside can drop another SIXTY amongst the BCS Conference competition.  Earlier this year we watched read about this guy in some obscure paper, and now the North Dakota State Bison have drawn national attention.  Will Kansas fold to the Bison like a lawnchair under, as they did to another hot shooting guard in the Big !2 Tournament?

We see Ricky P's Card's being able to "out tough" the trialed Wake Forest Demon Deacons.  The toughness and speed of the wings will be able to break down the much larger (and slower) Demon Deacons and The 'Ville will be headed to an Elite Eight date with...

We hate to say it, but, Michigan State.  Tom Izzo will have the Spartans ready for battle.  Remember there could be a rendez-vous avec Kansas, but we don't see a change in style of play or consistency for the Jayhawks to reserve a dual for the Midwest Region's Final Four invite.

A majority might say this is an easy call:  The Big East versus the Big Ten, the best BCS conference versus the worst.  Louisville will be taking on Sparty and taking them down wi what they shall do.  Louisville should run away with this one.  Louisville is superior at each individual position and Terrence Williams should be able to put on a expose of dunks in a drubbing.  Mail it in, we're taking the points regardless of what Vegas has the spread set.  Damn, we didn't think that it would be so easy for Louisville to win the Big East Regular season title, the Conference Tournament and the Midwest Region, but it has happened.  Crossing with the checkered flag in Indy, we crown the Midwest regional winner the Louisville Cardinals.